Generally known as black summer truffle. Its shape is spherical, bumpy, crumpled and has a warty look and texture. Its size is very variable, ranging from 3 cm to 13 cm, even though they have found bigger specimens. This tuber is born in the hypogeum, buried in the ground. Its colour is dark-brown or blackish, and is covered with pyramid-shaped projections.

Its inner part, called gleba, is crossed by small white veins, that runs tightly amongst a light brownish mass that darkens with age, when the ascospores mature. When the truffle is young, this mass is lighter, almost white, and you can’t distinguish the small veins. Its compact meat and dark flavour reminds that of nuts. Its scent, moderately intense, is initially pleasant, but it becomes musty when it overripes. It has a deep aroma and soft taste. You can use it raw or cooked. Its preservation is excellent.

The truffles grow in symbiosis with several tree species: oaks, holms, beeches, and even coniferous trees. They grow best in sunny and chalky soils. It is common that it cracks the soil, because it fructifies at low deep, sometimes near the surface.

The harvesting season goes from May until July, and it is even longer if the conditions are right.

There is a variety of the Tuber Aestivum Vitt, called Tuber Mesetericum Vitt, that, for some mycologists, is a different kind of tuber, even though its microscopic characteristics are very similar. At sight, is sensibly smaller, with smaller projections and a pronounced hollow. But the main difference is in its smell, being the Tuber Mesentericum Vitt very unpleasant, unfit to serve for cooking. The tuber is very similar in the outside, but the gleba is almost black and the flavour much more intense. The harvesting season is on winter, from December to March. 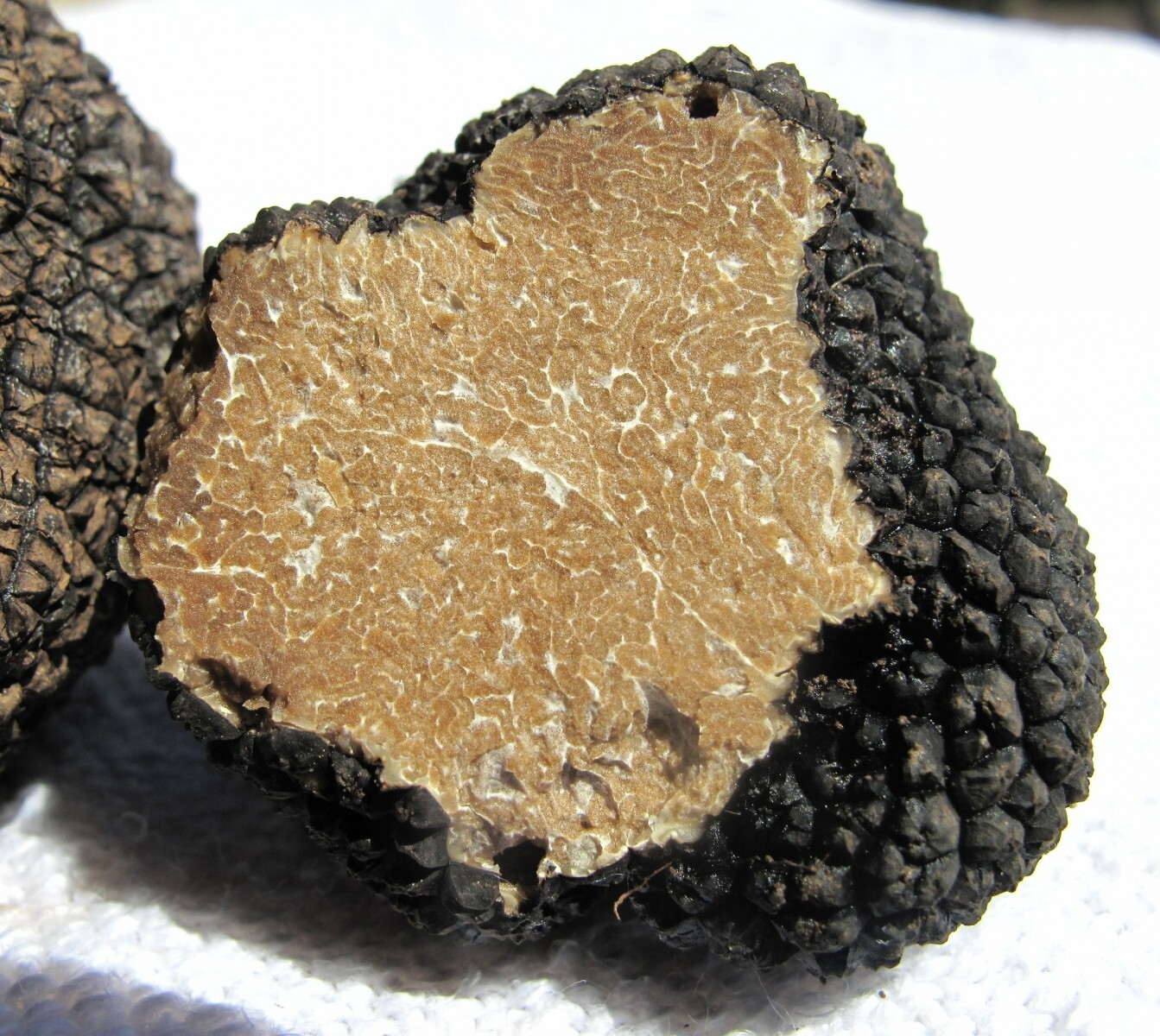